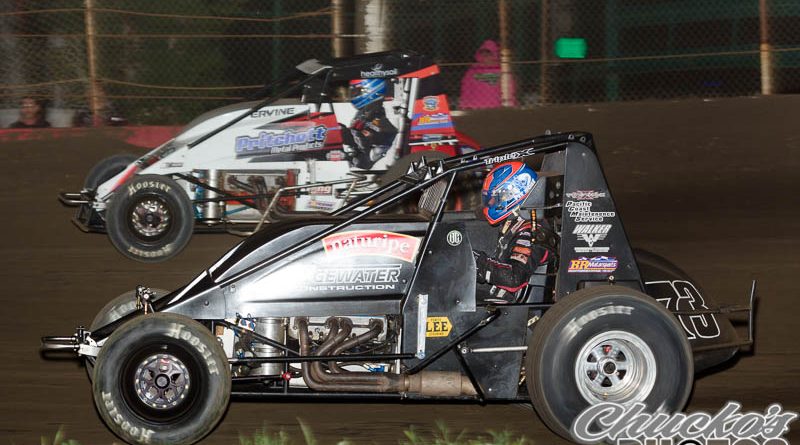 APRIL 11, 2018… After a break in the schedule, the AMSOIL USAC/CRA Sprint Cars are back in action this Saturday, April 14th, at Tulare’s Merle Stone Chevrolet Thunderbowl Raceway. Promoted by Steve Faria, the second point race will also feature the Light Up The World USAC Western States Midgets presented by CBD Living Water and the Western RaceSaver Sprint Cars. The spectator gates will open at 4:00pm, time trials at 5:00pm, and racing will start at 7:00pm. For more event information, visit the track’s website at www.tularethunderbowl.com or call 559.688.0909.

NOTICE TO RACERS: The Hoosier 105/16 Medium is the ONLY legal right rear tire and all four corners must be Hoosier. The Hoosier 105/16 Medium is also the current legal tire with the USAC West Coast, USAC SouthWest, and VRA Sprint Cars. Cars must pass a tech inspection and one-way radios are mandatory for drivers. USAC/CRA charges a $25 entry fee to all competitors and the series rule book can be found online at www.usacracing.com. USAC MEMBERSHIPS can be purchased at the track or online at https://usacracing.redpodium.com/2018-usac-sprint-midget-sc

Located on the Tulare County Fairgrounds, the lightning fast 1/3-mile oval has held seven USAC/CRA Sprint Car races and Mike Spencer won the last appearance on May 18, 2013. “The Kruser” Cory Kruseman topped the May 27, 2007 debut and Bryan Clauson set the 1-lap qualifying record of 14.606 on November 14, 2009. The series win list at Merle Stone Chevrolet Thunderbowl Raceway is at the bottom of this release. 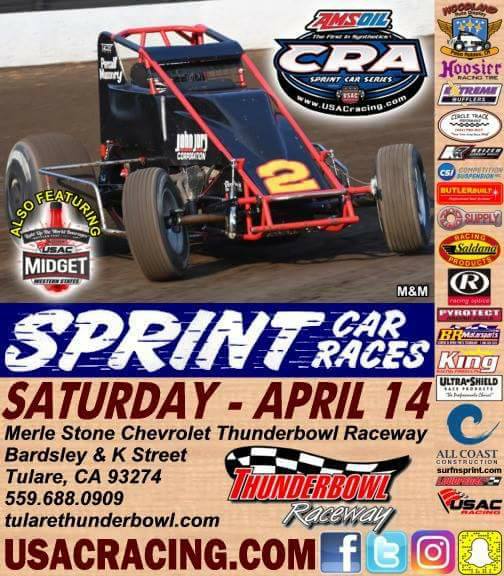