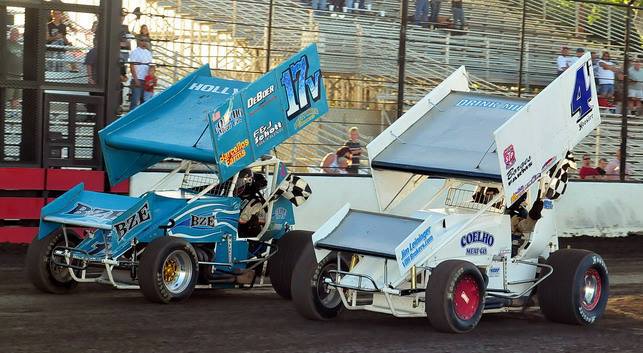 Tulare, CA…After consulting with several race teams Thunderbowl Raceway has announced that the “Chris & Brian Faria Memorial” has been moved to Friday July 23rd and will feature a slight update to the night’s lineup of divisions.

The Faria Memorial date change comes about to improve participation from local teams, as well as help the King of the West-NARC Series event at Santa Maria Speedway the following night.

The new lineup on Friday July 23rd will now be comprised of the King of the West-NARC Fujitsu 410 Sprint Car Series, the Kings of Thunder Winged 360s and the Western RaceSaver Sprints.

Unfortunately, this move leaves the USAC West Coast 360s and USAC Western States Midgets off the card, however, Thunderbowl Raceway looks forward to next season once things get back to normal in our racing world.