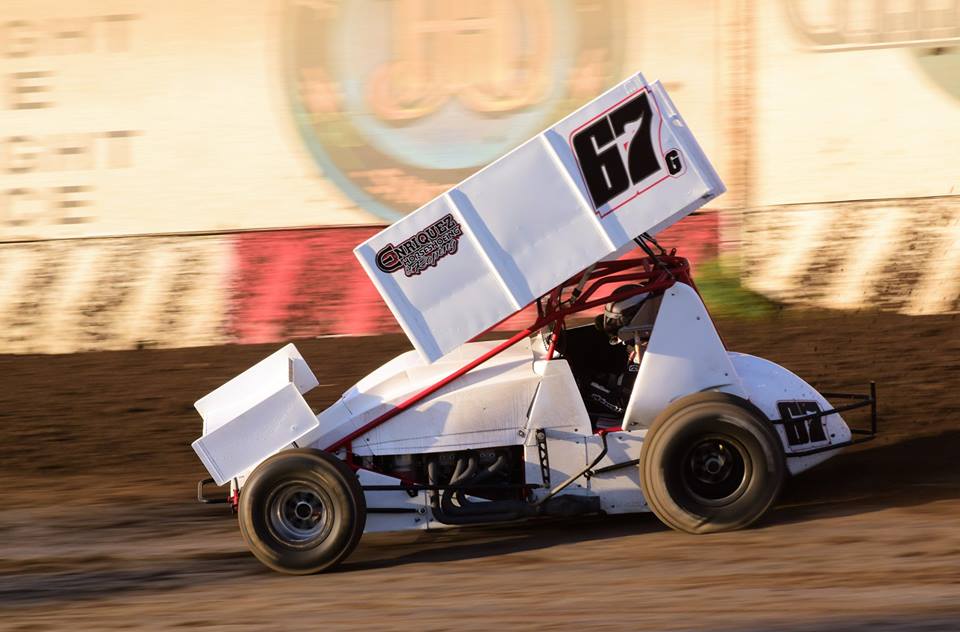 Tulare, CA – April 30, 2019…The busy stretch of action at Merle Stone Chevrolet Thunderbowl Raceway continues this Saturday May 4th with another three-division program on tap, which is headlined by the Kings of Thunder Winged 360 Sprint Cars.

The event this weekend marks round five for the new Kings of Thunder Winged 360 Sprint Cars and the third appearance of the season at the Tulare County Fairgrounds one-third mile clay oval. It is also the final tune-up at the track prior to the upcoming Peter Murphy Classic weekend.

Hanford’s Mitchell Faccinto captured his second Kings of Thunder victory in as many starts at Thunderbowl Raceway last Saturday. The driver of the Western Metal Company No. 37 holds a 44-point lead over a two-way tie between Hanford’s DJ Netto and Tipton’s Danny Faria Jr. Fresno’s Dominic Scelzi and Campbell’s Bud Kaeding complete the top-five.

Rounding out the top-10 in points are Coarsegold’s Scott Parker, Riverdale’s Grant Duinkerken, Hanford’s Zane Blanchard, Fresno’s Steven Kent and Coalinga’s Tucker Worth. One year ago this weekend Kent claimed his first career Winged 360 Sprint Car triumph at the raceway and will be gunning to do so again.

Rounding out this Saturday’s slate will be the IMCA Stock Cars. Last weekend’s event was claimed by Chad Johnson.

After this Saturday’s show the Merle Stone Chevrolet Thunderbowl Raceway will then get ready for the sixth annual Peter Murphy Classic on May 17th and 18th.

The Peter Murphy Classic is shaping up to be a barnburner and will feature the Sprint Car Challenge Tour presented by Elk Grove Ford and Abreu Vineyards vs. the Kings of Thunder Winged 360’s each night. The USAC West Coast Wingless 360 Sprint Cars will also compete on Friday, while the King of the West-NARC Fujitsu Winged 410 Sprint Car Series invades the track during the finale.

Yes, you read that right, for the first time ever both Winged 410’s and Winged 360 Sprint Cars make up the Saturday card of the prestigious event. To reserve your seats for the much-anticipated Peter Murphy Classic contact 559-688-0909. Both nights will also have an earlier start time, with heat races scheduled to begin at 6pm.

The Merle Stone Chevrolet Thunderbowl Raceway is located at the Tulare County Fairgrounds on the corner of Bardsley and K Streets in Tulare, California. From the junction of SR 99 and SR 137, go west on SR 137. At South K go south one-half mile to the Fairgrounds. Camping is available for fans off turns three and four.