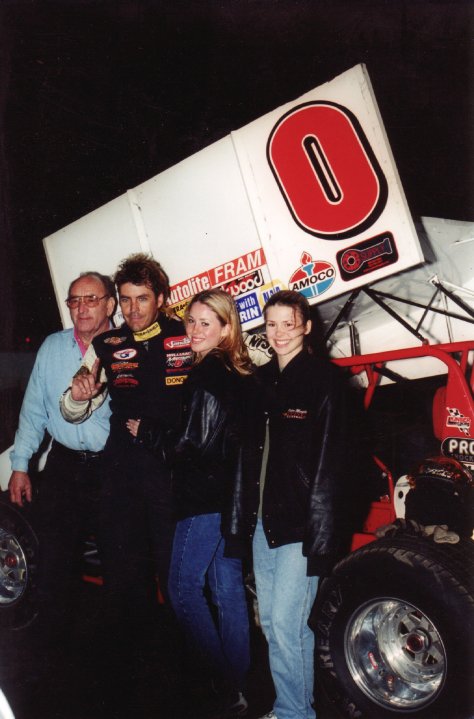 (5/15/18) Sacramento, CA … The highly anticipated Peter Murphy Classic at the Tulare Thunderbowl Raceway will take place this Friday and Saturday, May 18-19 with an exciting open wheel extravaganza of sprint car racing.

The weekend kicks off with the Sprint Car Challenge Tour (SCCT) and West Coast Sprint Car non-wing Series.  The WCS sprint cars will return on Saturday for the headline act that will feature the King of the West-NARC Fujitsu Racing Series in a full-slate of championship points racing action.

The Australian driver was in the midst of a successful open wheel racing career, when it was suddenly cut short in a violent accident at Antioch Speedway in 2013.  He suffered a variety of injuries including traumatic brain injury, ligament damage in his neck, shoulder and knees, along with compressed vertebra.  During his long and painful recovery process that put a sudden end to his livelihood, Murphy received the generous support of the racing community and the NARC Benevolent Fund.

“This race represents my way of giving back to the open wheel community for helping my family and I during my time of need,” explained Murphy.  “We would also like to raise some money for the NARC Benevolent Fund, so that if needed, we can offer that same type of support to other racing families in the same situation.”

Leading an all-star cast of drivers into Tulare will be current King of the West-NARC point leader Kyle Hirst of Paradise, CA.  Hirst currently holds a slim 10-point advantage over Elk Grove driver Shane Golobic in the championship standings (368-358.)

“When the schedule comes out at the beginning of the year, this is one that I circle with a highlighter,” admitted Hirst, who claimed the Peter Murphy Classic headliner in 2016.  “It pays the most to win of any race on the King of the West-NARC calendar and to win it, you have to beat the best drivers in California.”

Defending series champion Bud Kaeding of Campbell, who is currently third in points, claimed the 2017 running of the event and pocketed $11,000 for his efforts.  Kaeding knows the one-third mile oval about as well as anyone.  The third-generation driver engaged in a thrilling battle with Hirst at the April 21st event, claiming the feature victory in a photo-finish at the checkered.

“My goal is to make it two-in-row,” said Kaeding.  “But this race is more than just about winning.  It’s about supporting a great racing event, a great ambassador to the sport (Peter Murphy), and a good cause (NARC Benevolent Fund.)”

The King of the West-NARC racing format includes qualifying, four heat-races, a trophy dash, and the 30-lap Fujitsu/Hoosier sponsored headliner.  Also on the racing card are the vintage cars of the Legends of Kearney Bowl.

The Tulare Thunderbowl Raceway is located at the Fairgrounds in Tulare.  Pit Gates open at 2:00 p.m.   Front gates open at 4:00 p.m.  Qualifying starts at 6:00 p.m.  For more information, go to www.thunderbowlraceway.com or www.petermurphyclassic.com

ED NOTE:  Sprint car ambassador and former driver Brad Doty will be a special guest at the Peter Murphy Classic.