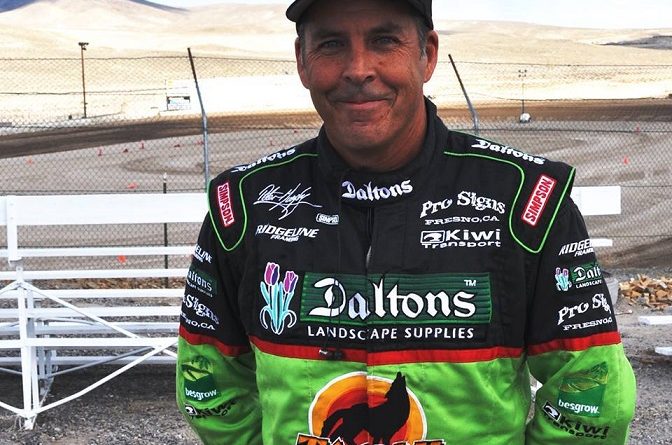 Hanford, CA…Coming off a successful running of the “Peter Murphy Classic” event organizer Peter Murphy wanted to express his gratitude for everyone that supported the event this past weekend.

“We are always striving for a great night of racing and I learn every night that there’s continually things to improve upon, but I felt the weekend went well and just want everyone to know how appreciative I am,” commented Peter Murphy. “To see that many fans in the stands each night was very cool and I want to deeply thank all of them for the support. I also want to thank all the teams and drivers for coming out to the show.”

The event opened at Keller Auto Speedway in Hanford this past Friday, which saw 39 Sprint Car Challenge Tour competitors and 25 Kings of Thunder 410s on hand.

“I want to thank my entire team at Keller Auto Speedway, because without them it wouldn’t be possible. We had a miserable week with the weather being so warm and the surface wasn’t what I had desired, but even with that I thought there was some entertaining racing. It was fun working with Scott Russell and the SCCT team on Friday and want to thank them for their assistance in running things that night.”

The Peter Murphy Classic then concluded on Saturday at Thunderbowl Raceway in Tulare with 24 King of the West-NARC 410 Sprint Car entries and 27 Kings of Thunder 360s. Murphy wanted to express his thanks for the many sponsors that continue to support the event.

“We couldn’t do any of this without the great people that I have behind me. Once again, we received so much support from a lot of wonderful individuals and companies. Even on the night at the races we had fans, team owners, plus our push truck and tow truck drivers donate money to the purse. Being able to hand out $11,000 to the winner is incredibly special and continues to make this one of the highest paying events down here.”

Four races, two tracks, one winner was the theme of the weekend as Fresno’s Dominic Scelzi put forth an incredible performance. The 24-year-old swept both main events each night and when adding up his winnings, Scelzi took home over $20,000 in prize money.

“I couldn’t be prouder to have Dominic as the winner of our Classic this year,” commented Murphy, who spent time as a crew chief/ mentor for Scelzi following his retirement from driving back in 2014. “Dom has always been a great mate of mine and what he did last weekend was absolutely phenomenal.”

In closing, Murphy again wanted to thank everyone in general for making the Peter Murphy Classic possible. “I want to give another thanks to my guys at Hanford, along with Steve Faria and the staff at Thunderbowl Raceway for being gracious hosts. Thank you to everyone with King of the West-NARC and the Sprint Car Challenge Tour. It is a big plus to have a pair of professionally ran organizations as a part of our event. Hopefully we can come back next season and do this all over again.”

The event also continues to support the Northern Auto Racing Club Benevolent Fund, which aids injured drivers, owners, crew members and officials in California Sprint Car racing. Murphy will have the total raised during the weekend coming up soon.